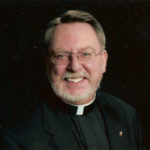 Known as “Jay” since birth, Father Jay was raised in Colorado in a non-Catholic home. His family attended the Evangelical United Brethren Church, which was eventually absorbed into the United Methodist Church.
At 16, Fr. Jay became a member of a non-denominational Christian sect until 1987. During that time, he entered the ministry, was ordained in August 1971, and served 13 years in that ministry. In 1987 he severed fellowship with that group. By 1992 he had gone through the RCIA process, made his Profession of Faith, received his First Holy Communion and was confirmed at the Easter Vigil at Sacred Heart Catholic Church in Colorado Springs, CO.
Fr. Jay received a B.A. in Religious Studies from Cardinal Stritch University in 1999 and a Master of Divinity from Sacred Heart Seminary and School of Theology in 2001. On May 19, 2001, he was ordained a priest. He served as an associate pastor and then pastor at various parishes during his seven years in the Diocese of Colorado Springs before coming to the Diocese of Tucson in June 2008. In our diocese, he has served at St. Odilia Parish, St. Augustine Cathedral, San Martin de Porres and most recently at St. Thomas the Apostle Parish.
In April of 2018, Bishop Edward Weisenburger appointed Fr. Jay to St. Frances Cabrini Parish, in Fr. Jay’s words, “to come among you not alone as your pastor, but perhaps more importantly, as your servant and your brother in Christ”. 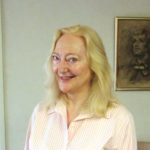